My name is Vanessa Newell. I am a Psychologist who is passionate about helping my clients to manage their thinking more effectively using tools and strategies that I myself use! I want to enhance the strengths that already exist within each client and empower them to keep moving forward in the face of difficult and challenging circumstances that may not change. I want to encourage clients to live the life that they choose, to be the person that they envisage themselves to be and to be motivated by what is important to them by clarifying and reconnecting with their values.

I dare you to journey with me ... find new ways to tackle old problems and ultimately work towards being the person you choose to be! ... See MoreSee Less

Thanks Vanessa much love

Drug Addiction is robbing so many of so much!

Drug Addiction is real and serious and has significant consequences in the lives of many people ... let's not judge, but rather seek to understand the impact and then stand together to support those who are in the grips of these vices to seek help, find freedom and break the drug cycle.

The post below gives insight into what a drug addict is experiencing ... read with an open mind.“I remember before I tried meth, I asked people what it was like. They said “it’s like a burst of energy, a rush that takes your breath, it’s the best feeling ever, I don’t know how to explain it really.’ And they were right, but now if someone were to ever ask me what it’s like, I would tell them..

‘It’s like spending every single penny you ever had, on drugs.

It’s like going days without eating even though you were starving, but you needed dope more.

It’s like having to lie to every family and friend you had ever had.

It’s like waking up hating yourself from the shame and guilt.

It’s like going into withdrawals every 8 hours unless you had more dope to do. (And you usually didn’t)

It’s like never attending any family event because you were too high or too sick.

It’s like everyone eventually stopped inviting you to events. And even talking to you.

It's like crying yourself to sleep every single night because your children got taken.

It’s like knowing you have one more chance to get better before your child gets adopted and still choosing that bag.

It's like asking others how your own blood child is doing.

It's watching everyone around you succeed and yet you’re crumbling.

It’s like everything was on your drug dealers time. If they said five hours. You’ll wait five hours in a car.

It’s like stealing everything worth value for dope. No matter how sentimental it was to you, or someone else.

It’s like losing so much weight you can’t fit into any of your clothes.

It’s like losing everything you’ve ever owned in your entire life.

It’s like nobody believing a word you said, even if it was the truth.

It’s like being a prisoner inside your own head.

It’s like never being scared to die, because that’s what you wanted.

It’s like trying to shut your brain up for even five minutes. It was worth that little time of peace.

It’s like seeing your family cry for you to stop, only for you to leave and go get high. Because stopping wasn’t an option. It wasn’t possible.

It’s like you’d do absolutely anything for more. And you did.

It’s like everyone hating you no matter where you went, because they knew you were a drug addict.

You'll miss out on your children and they'll be grown before you Know it. You'd kill for your child and do any and everything for them yet you won't be able to get clean for them and we actually turn out to be the ones who hurt them the most.

It’s like overdosing and going to get high right after.

It’s like walking into rehab 100 pounds with the clothes on your back and being scared to death.

So if you’re ever curious like I was, please at least know the truth. CURIOSITY KILLED THE CAT, and it WILL KILL YOU TOO”
-Monica Horn ... See MoreSee Less

Never give up on your dreams!! ... See MoreSee Less

It can be done ... unwiring generational trauma and breaking toxic generational cycles ... do you have the courage to be the circuit breaker?Here’s to all the cycle breakers. I’m so proud of you for rewriting your history and changing your destiny❤️

How do you end & unwire generational trauma? How do you stop toxic habits? That’s been the goal of my work and research, and is the subject of my new book Cleaning up Your Mental Mess. Get your copy here: www.cleaningupyourmentalmess.com ... See MoreSee Less 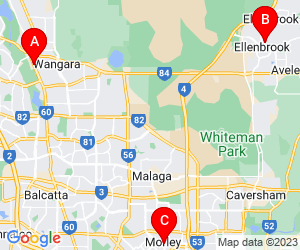